In the last two years, NMN has been the absolute "top ingredient" in the health food market and has continued to grow in popularity. After being registered in several countries, it has become popular worldwide.

However, many people still have some prejudices and misconceptions about NMN, believing it to be a chemical.

This is why the question of whether NMN is safe or not and whether there are any side effects after use has become a real concern. So this article will answer the question: "Why is NMN safe and effective?"

In fact, the application of any emerging active ingredient requires extensive scientific research over a long period of time to prove its safety and efficacy in humans. In fact NMN-related functional trials have already yielded a large number of positive results.

On 5 May 2022, Frontier in Aging, a leading international journal, published a report on NMN clinical trials that brings new pointers to healthy ageing.

Frontiers in Aging is one of the world's largest and most cited publishers, led and reviewed by an editorial board of over 100,000 top researchers. The trial was then reviewed by scientists, including a Harvard Medical School professor, before Frontiers in Aging agreed to publish the human clinical trial report.

This article shows that this human clinical trial, which began in 2020, has a whopping 66 participants, which is even more impressive compared to previous trials with only a dozen people.

According to the results of the trial, serum NAD+/NADH levels, 6-minute walk endurance test, SF-36, and HOMA IR index all tended to be elevated or improved in the NMN group compared to the placebo group.

The main indicator examined to assess the effectiveness of NMN was serum NAD+/NADH levels, which were elevated by 11.3% at day 30 in the active group (NMN group) compared to basal values, while no significant change was observed in the placebo group.

It is clear from this result that the placebo effect was evident until day 30, but after that the NMN group showed further improvement in walking ability.

This data shows that the NMN supplementation group can keep fasting blood glucose and insulin levels at a relatively stable state.

During the course of this trial after 60 days, the subjects were supplemented with 300 mg of NMN daily, in which there were no significant changes in any of the baseline physiological parameters (blood analysis, liver and kidney function, systolic blood pressure, diastolic blood pressure, pulse pressure, etc.), which fully demonstrates the safety of NMN supplementation under the test conditions.

In fact, as an endogenous compound, NMN is a slow and gradual process that regulates all physiological functions in the human body. The above test results fully demonstrate the potential of NMN supplementation to improve human vitality and prove that NMN is safe to consume. 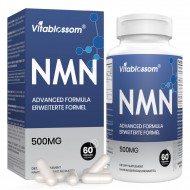 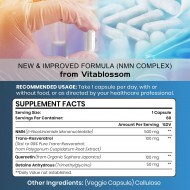 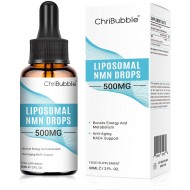 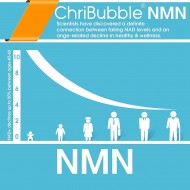 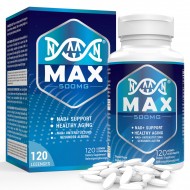 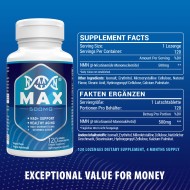 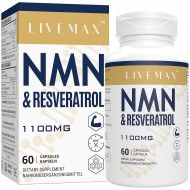 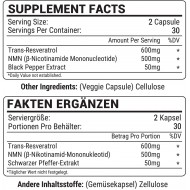 New Hot Wholesale -70 %
LIVEMAX NMN+Trans-Resveratrol 60 Capsules, 1100mg Per Serving with Black Pepper Extract
LIVEMAX NMN+Resveratrol 1100MG, Powerful Antioxidant Supplement for Heart Health & Anti-Aging, Enhanced with Black Pepper Extract for Superior Abs..
£26.08 £86.92
Add to Cart
Add to Wish List Compare this Product
Buy Now Ask Question
Our website uses cookies to distinguish you from other users of our website. By continuing to browse the site, you are agreeing to our use of cookies.